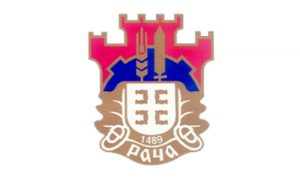 It is considered as a separate administrative area-nahija, first mentioned in the second Turkish census from 1489-1491. year called Radc. After the Easter peace in 1791 and in the time of the First and Second Serbian uprisings, the racial area entered the framework of the liberated Serbian country, which, due to personal freedom, favorable natural conditions and relatively low population density, became very attractive for inhabitants of non-liberated Serb regions and surrounding refugees. The settlement was carried out by free occupation of the country, and in that period all settlements were established in today’s locations.

Thanks to the favorable economic and geographical and traffic situation, Rača has developed into an administrative-administrative, economic, cultural, educational and health center after the liberation from the Turks. In 1818, a cardinal plain was formed with the seat in Rača, and with the new administrative division into counties, regions and municipalities in 1835, Rača became the seat of the Lepenica District of the Kragujevac District. At the time, Lepenicki District had 27 municipalities and 60 villages. The first Srebrenica was located in the “Turkish Konak” building in Racia.

Raca was then the most important place in Lepenica after Kragujevac.

Raca received her first private school in 1831, and the “real” school in 1836. Between the two world wars, the Order of the Crown Prince Alexander Karadjordjevic from 17.09.1920. The first high school – Private four-level gymnasium was founded in Racia.

As a varoš is developing and there are plenty of craftsmen and traders. In 1840 the craft association was founded, which is the oldest in Serbia. In 1844, the guards were founded by Grnčarsko-papučarski and Kovačko-Tvorčanski.
Alongside the trade, the road network also developed. In the records, the Racan han is mentioned about the Constantinople road.
Upon arrival at the Đura Jakšić Racac, writer and painter, as well as Radoje Domanović in 1868, the reading room was established. 1895th year the singing association “Višnjić”
In 1920, a lower gymnasium was established and Rača became an important educational center.
In the 18th century, it was built in Racia one of the oldest churches in this area from the log and covered by a shingle. The church was rebuilt in 1826. There is a legend that gives it the baptized Đorđe Petrović -Karadjordje, the leader of the first Serbian uprising, who was born in the neighboring village of Viševac in 1768.
In 1934 he was built in .Rači “Karađorđev dom”, where an orphanage was located for children from all over Yugoslavia and as a monument to the leader of the first Serbian uprising.
After the Second World War, the Cultural Center was built in the reconstruction period in Rača.
The primary and secondary schools were renewed, and an agricultural school was established.
There was also a craft trade. Co-operatives were also included: Abacus-tailor-processing partner “Reconstruction” and Opancarska zadruga.
From 01.03.1949. Rača is the seat of the Lepenica region and since 1955 it has been granted the status of a municipality.